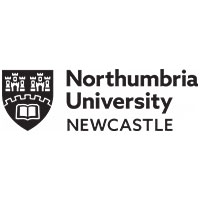 Northumbria’s international reputation as a leading British university is the result of a distinctive combination of outstanding academic research and teaching, innovative programmes, traditional values and social and cultural diversity. Since its foundation in the historic City of Newcastle upon Tyne, the University has developed into a successful regional, national and international institution. Originally known as Newcastle Polytechnic, the University was formed in 1969 from the amalgamation of three regional colleges: Rutherford College of Technology, the College of Art & Industrial Design, and the Municipal College of Commerce. These colleges themselves had origins which were deeply rooted in the region. The practical and vocational training needs of local industry had stimulated the development of relevant post-school education as far back as the nineteenth century. Building on these firm foundations, the Polytechnic became one of the leading institutions of its type in the UK. It became a major center for the initial training of teachers with the incorporation of the City College of Education in 1974, and subsequently the Northern Counties College of Education in 1976.